Confessions of a Whimsical Self-Help Journaler

Once in a while it can be helpful to re-trace our paths so as to recall who we are, where we are, how we got here, and why we are moving in the direction in which we find ourselves.

Are we aimlessly going with the flow?

Hung up on unresolved difficulties?

How’s it going? Are we where we wish to be?

In my experience it was the combination of health challenges, career obstacles, decisions (and indecisions), and relationship (including friendship) navigations that have initiated more than  a decade of diligent–even rigorous–personal journaling.

I was not new to journalling when I began to feel, in my later 20s, compelled to record and track certain thought processes (anticipating that maybe I would question them later).

About four years ago I began writing blog posts about my journaling process.

In Steampunk Journaling I began to recognize a mindset unsure of how to move on from situations, feeling compelled to document and analyze–stuck in a sort of neither here nor there indecision that sort of wants to go back and do something different–if only a time machine were available–and sort wants to imagine farther into the future lacking the information or knowledge to really get there. This is a mentality that wants to write prolifically (often obsessively) in an attempt to find a way out of confusion.

In Search and Surrender I confronted a realization that I’ve gotten myself into some unhealthy thought patterns, and something needs to change. Changes are sometimes uneasy…and sometimes necessary. This post represents a turning point in finding balance of mind–but also body and spirit. It is sometimes the case that unceased writing perpetuates anxiety and inflates certain aspects of reality while simultaneously causing a separation from reality. In other words, it’s easy to start writing fiction on diary pages instead of implementing the interpersonal work that needs to happen to progress more directly with people and situations in life. This post reflects searching for new ways of attaining answers and acceptance and simultaneously finding and relinquishing control.

Through intention and through…the way things happen, my journal writing is becoming less and less frequent. After quite a while of intensive journaling (and the journal annotations that I describe in Steampunk Journaling), I’ve reached an ability to begin to silence some of the inner thoughts that keep going in circles–without really going anywhere.

This shift can be interpreted from a variety of angles.

Journaling is still a means of self-exploration and record-keeping, but as new themes, people, and different approaches are appearing on the pages–issues that once seemed so demanding of my attention that I felt like journaling was almost a full-time job–are placed into other perspectives as new challenges and happenings take precedence.

This is not something you can force. It’s the effect of time.

Sometimes, after gathering thoughts and assessing our outlook, memories, and decisions it’s necessary to close our journals, let our thoughts disperse, and continue forward without looking back.

…at least for a while. 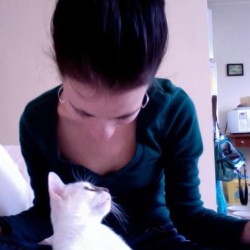